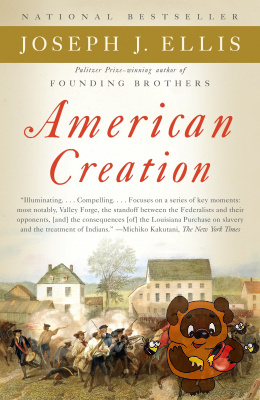 Acclaimed historian Joseph J. Ellis brings his unparalleled talents to this riveting account of the early years of the Republic.

The last quarter of the eighteenth century remains the most politically creative era in American history, when a dedicated group of men undertook a bold experiment in political ideals. It was a time of both triumphs and tragedies—all of which contributed to the shaping of our burgeoning nation. Ellis casts an incisive eye on the gradual pace of the American Revolution and the contributions of such luminaries as Washington, Jefferson, and Madison, and brilliantly analyzes the failures of the founders to adequately solve the problems of slavery and the treatment of Native Americans. With accessible prose and stunning eloquence, Ellis delineates in American Creation an era of flawed greatness, at a time when understanding our origins is more important than ever.